Pastoralism is a way of raising animals with nature. It entails the movement of people and herds across landscapes, making use of natural vegetation and crop by-products.
Pastoralism corresponds to public demands for high animal welfare and environmentally friendly methods of livestock production. If we want to make the livestock sector more sustainable, this production system requires strong policy support.
We currently do not know how many pastoralists there are globally or within each country. This is due to the absence of data collection and because pastoralism is not a distinct category in livestock censuses.
Outdated colonial concepts and one-sided focus on the “efficiency” of livestock systems have prevented the recognition of the benefits of pastoralism as a solar-powered, biodiversity-conserving food-production strategy.
In order to monitor the situation and provide a basis for policymaking, FAO should lead a global initiative to define pastoralism and record data by production system.

Kenya has some 8.8 million people (1.73 mil-lion households) who identify as pastoralists. Of these, 4.0 million individuals (0.8 million households) depend directly on livestock.
They manage about 70% of the country’s cattle, 87% of its sheep and 81% of its goats, 100% of its camels, 88% of its don-keys and 74% of the beehives.
Their products include milk, meat, honey, beeswax, and skins.
The pastoral sector was worth $1.13 billion in 2019: 92% from livestock and 8% from other products and services.
Kenya’s tourism industry is highly dependent on pastoralism as it helps to conserve wildlife and unique cultures. Pastoralism’s support to tourism was worth $29 million out of a total industry value of $2.5 billion.
Official surveys do not use a “pastoralism” category, but by comparing county-level data for production systems and populations it is possible to estimate numbers of pastoralists.
Bodies mandated with data collection should segregate data between pastoralists, agropastoralists and farmers.

Estimates of the number of pastoralists in India vary widely, but they probably total around 13 million people.
Official data on livestock do not reflect the management system used.
Around 77% of the country’s livestock are kept in extensive systems. Both farmers and pastoralists rely on common-pool resources to maintain their animals.
A wide range of pastoralist systems exist, from fully mobile to transhumant and sedentary. Species maintained in mobile systems include camels, cattle, ducks, donkeys, goats, pigs, sheep and yaks.
Many pastoralists are members of traditional castes, but other groups, known as “non-traditional pastoralists”, are also taking up mobile herding.
Extensive livestock systems produce an estimated 53% of India’s milk and 74% of its meat. The animals’ manure is a vital source of fertilizer for crop farmers; for many pastoralists manure is their main source of income.

The Biocultural Community Protocol of the camel breeders of Rajasthan puts on record the breeders’ our role as a local community embodying a traditional lifestyle that is relevant for the conservation and sustainable use of biological diversity. The breeders have stewarded and taken care of Rajasthan’s camel population for generations and their traditional knowledge and practices as well as customary rights are the foundation of Rajasthan’s camel culture and biodiversity. This protocol describes the traditional knowledge that they have used to manage Rajasthan’s camel population over the last few centuries but which cannot be taught through books, only through practical experience. 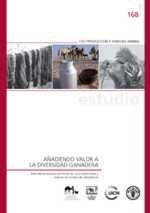